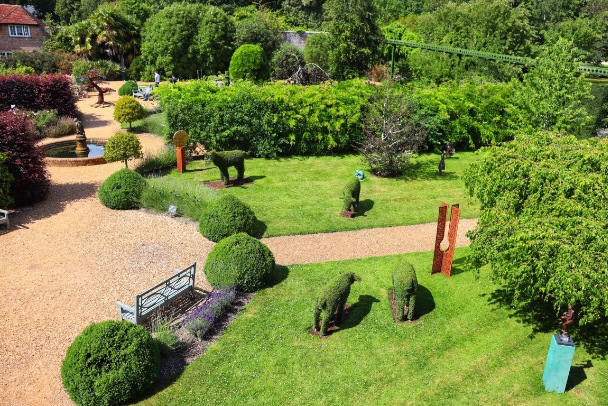 Get ready to explore plenty of wildlife and underwater world. Safari world and Marine Park is one of the thrilling destinations in Thailand. Most of the locals reach here to experience the beauty of nature and entertaining live shows. Safari world began in the year 1988, gathering all the animals amongst the wildlife. It began as a zoo with the permission to include Bird Park, but later Safari world expanded into an entertainment park offering several exciting activities within the open zoo.

Safari world has animals from all over the world, the zoo is divided into sections and each section is dedicated to unique set of animals. Visitors get a chance to view the animals like giraffes, camels, zebras, and astounding variety of birds in the enclosure. Visitors can drive their own car and leisurely go through the zoo or choose to travel in the luxury coaches provided by the authorities.

Marine Park showcases the performance of marine animals along with their trainers. The marine park conduct around seven shows daily. Most of the visitors are impressed by the show of sea lions and antics of intelligent dolphins. Get to know the timings before buying the tickets.

Safari world organizes special shows to attract visitors from all over the world. Dolphin show is a famous show that exhibits the playful dolphins, playing with ball and few involve in animated circus performance. Jungle cruise in Safari World is something spectacular where you get into the dense tropical forest recreated by the authorities. Encounter wild animals on your way and get the real adrenaline rush. Orangutan Boxing is a unique show for kids, you cannot stop laughing while watching the antics trying hard to win the boxing title. They often lose focus and go upside down eating fruits and throwing coconuts on arena. Bird show is a ravishing experience to witness thousands of colourful birds who come closer to the audience. Birds usually accept food from visitors and sometimes perch atop their shoulders. Sea lion show is highly popular among tourists and they flock around to witness the mischievous creatures’ balancinh huge ball on their noses. They also perform several other fats gaining attention among visitors.

Don’t disturb the animals while indulging in the jungle cruise. Talking loudly, honking repeatedly or screaming might scare the animals causing them to react. Visitors are allowed to keep the windows open, but it’s prohibited to step out in their midst. The Safari world is open from 9am to 5pm, but it’s advised to enter in the morning hours to watch the lions feeding.

Bangkok safari world and marine park entrance fee starts from 900THB to 1850THB for children. There are special live shows organized in the weekdays and weekends. Safari world and Marine park ticket price ranges from THB 1000 to THB 2000 for adults. Buy an all-inclusive ticket to avoid missing up any important session in the safari world. It’s essential to pre-book the tickets for jungle safari!!

A Mesmerizing Train Journey From Shornur To Nilambur

The Thai Government has been favoring the budget travelers by offering free visa on arrival (VoA)... Read more...