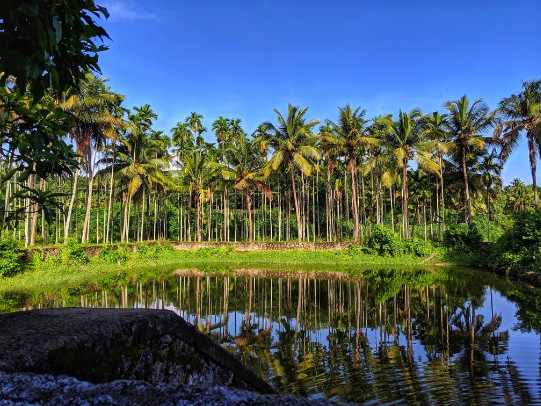 Kerala, known as the 'God's Own Country,' welcomes visitors in huge numbers throughout the year. The allure of backwaters, hill stations, beaches, wildlife reserves, Ayurveda, adventure and unparalleled experiences draws tourists from all around the world. But that's not all that Kerala has to offer. There are also several offbeat destinations in Kerala, which are a bit of a secret.

If you're planning for a trip to Kerala, check out the lesser-known destinations in Kerala, away from the hustle, to recuperate and replenish yourself. Just shut your computer in your locker and put your phone in silent mode for a wonderful experience in this glorious tourist destination. Explore the unexplored places away from the crowds. Experience the serenity of nature's beauty and elegance along with adventure.

Here are some of Kerala's most captivating hidden wonders that will leave you pleasantly astonished: 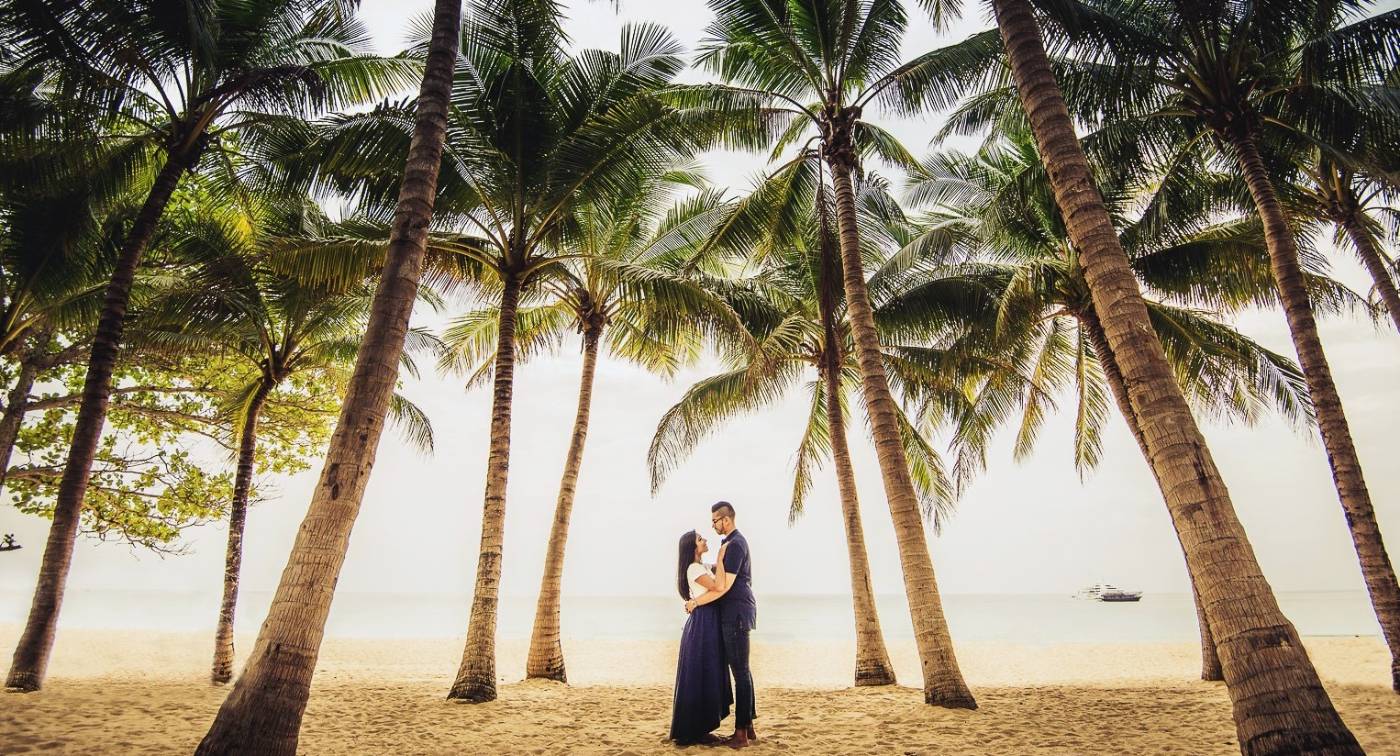 Positioned at a height of 2640m above sea level, Meesapulimala is the second-highest point in the Western Ghat mountain range. This mountain range is a trekking paradise for the trek lovers. It is situated a short distance from the gorgeous Munnar town of Idukki district of Kerala.

The name of the peak is obtained from the fact that it is comprised of a total of eight peaks. All of these mountain peaks are scattered and formed like a mustache. The mountain range is wedged between the Anaimalai hills Hills and the Palani Hills, which are situated near Suryanelli. The Meesapulimala Summit offers a breathtaking view of the misty hills that fade into the distance.

No matter which route you take, the captivating views of the savannas, the lush green rainforests and the rich flora and fauna of the area are sure to take your breath away. The trek will cover 8 hills on the border of Kerala and provides some of the most spectacular views of the region.

Meesapulimala has also been declared as a World Heritage Site by UNESCO, so it is certainly worth exploring. This small town also overlooks the gorgeous tea estate of Kolukkumalai. You can also visit other tourist spots such as Tea Station and Tripadamala when you're here because all of these places are very near to Meesapulimala.

Kolukkumalai Tea Estate is the highest tea plantation in the world at a height of 7900 ft above sea level. In addition, Kolukkumalai's tea production plant still adheres to the traditional procedures of tea processing that it has practiced since the colonial era.

The Kolukkumalai tea estate was launched by a Scottish planter in the early 1900s. Nothing really has changed since the colonial planters left. There are no contemporary machines or computerized systems, and many of the very old machines proudly display the labels of their English producers and time stamps dates back to the 1940s.

The tea plants grow on the hillsides of Kolikkumalai are exceptional and much sought after for its peculiar flavor and aroma. The possible explanation for this is that the quality of the tea improves with altitude. The orthodox manufacturing process which is different from the crush-tear-curl procedure used in modern tea production also helps the tea to retain its rich flavor.

The estate provides a spectacular view of the Nilgiris and is a sheer delight for nature lovers. Besides the beauty, the waterfall also offers an epic journey as a jeep ride is certainly a thrilling one, guaranteeing that Kolukkumalai stays one of the most unexplored places in Kerala.

The Kolukkumalai estate is situated in the Theni district of Tamil Nadu and can only be reached by traveling through the Idukki district of Kerala.

Muzhappilangad Beach is Kerala's only drive-in beach. This Beach is located in Kannur and is regarded as the lengthiest drive-in beach in the whole of India and it is one of the cleanest beaches.

The whole idea of drive-in beaches is that you can drive through the sandy shores of the beach, it's not very often that you get to drive through a 4 km long coastline that provides an empty road with no traffic and a spectacular view. The edges of the beach are covered with rocks creating a crescent shape. due to the existence of rocks, the beach stays safe from strong waves and is therefore suited for swimming.

It's the ideal way to unwind and immerse in this tidy, well-maintained beach. You can also participate in adventure sports such as paragliding, parasailing, water sports, power boating or a speedboat ride. it has become a much-coveted recreation destination for tourists and natives alike. While its openness inspires locals to ride across sandy tracks, outsiders can also enjoy the ride.

A lot of local peoples are coming here with their bikes and cars to ride and even perform stunt activities because the place is completely safe and there is much less chance of accidents. Plan a morning or evening trip to enjoy sunrise and sunset while riding along the shoreline and cherish the cold wind of the sea. Be careful to drive at night as you may enter the sea in the lack of necessary light.

Nelliyampathy Hills is a magnificent hill station in the Palakkad district of Kerala. Lies in the lap of the Western Ghats, the cloud-covered Nelliyampathy Mountains are decorated with a spectacular view of tea, coffee, cardamom, and orange plantation.

The picturesque beauty of the Western Ghats and the serene rivers that emerged from these mountains make Nelliyampathy a distinctive place to visit. Nelliyambathy is also renowned for its orange cultivation and its incredibly rich biodiversity. It is also an ideal place for the mountain trek and the amazing atmosphere that intensifies the experience. The enjoyable surroundings make it an impeccable place to spend some quality time away from the noise and pollution of the city.

You'll also discover some gorgeous houses and resorts on the way up, and against the backdrop of the hills, they look like they have been rolled out of a fairy tale. However, the most gratifying experience here would be the view from the top, where you can see puffy clouds above your head and roads with bedding of flavorful teas and coffee.

Ilaveezhapoonchira is a splendid destination situated on the outskirts of the Kottayam district. Located between the three beautiful mountains of Mankunnu, Kudayathoormala and Thonippara, Ilaveezhapoonchira is a place of scenic elegance. The gorgeous valleys of Poonchira are scattered over thousands of acres.

The lush green landscape of the massive hills is the perfect place to relieve stress. During the monsoon season the valley fills up to form a picturesque lake and this place uncovers yet another wonderful piece of nature. Ilaveezhapoonchira means the valley in which the leaves will not fall and is titled because the area has no trees.

It is pure bliss to witness the sun rise and set behind the greenish mountain ranges. The existence of four natural caves along the area is of significant value as they are packed with iconic tales and myths. The tribal colonies here add to the rich cultural heritage of the mountains.

Kumbalangi is the first Eco-tourism village in India located on the outskirts of Ernakulam city. The area is a culturally rich and diverse, visually appealing picturesque island village, where you can observe the peaceful life of the village. Although Kumbalangi is situated only five kilometers from the Ernakulam city, it remains complacently calm and old-fashioned.

Enclosed by the backwaters, this village has a large number of Chinese fishing nets and local rice cultivation. Kumbalangi village offers a beautiful sneak peek of the rich lively hood of the people in the village. Practices such as boating and fishing are some of the main activities that attract a number of tourists from all around the world.

Easily accessible by road, Kumbalangi is a realm of its own, cut off from the mazes and crowds of the city. The Kumbalangi village, the first of its kind in the country, provides tourists a truly memorable experience. Clam meat processing, coir making, crab farming, fishing with Chinese fishing net are the main attractions for visitors as well as the primary occupation villagers.

There are many other offbeat locations for Honeymoon in Kerala, such as Gavi, Thenmala, Kadamakkudy, Agasthyarkoodam, etc., which are not known to foreigners, as well as to tourists from outside Kerala.

Relish the Vibrant Atmosphere of Kuta

If you have ever visited Kerala then it is really difficult to say... Read more...

Kerala: The God's Own Country

Kerala also renowned as Keralam is one of the small states in Indi... Read more...